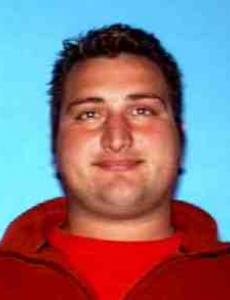 In March 2013, Roni Hayon, along with 7 other individuals, was indicted by the State of California, County of Santa Clara, on charges of grand theft and conspiracy to commit theft, extortion, money laundering, insurance fraud, and tax fraud.  Investigators believe that Hayon and his co-conspirators were involved in a scheme to lure customers into a moving contract by offering phony low estimates and later extorting their victims by fraudulently inflating the final bill by double or triple the original estimate.

Hayon was the owner and president of ASAP Relocation, Inc., America’s Best Movers, Champion Movers, Fast Moving Van Lines, Inc., Quick Quotes for Moving, Inc. and Encore Movers, all Northern California-based moving companies.  As owner and president, Hayon ran the day-to-day operations of each company.  According to court documents, between 2005 through 2012, Hayon and his co-conspirators solicited business for one of the aforementioned moving companies by offering artificially low estimates for moving prices.   Hayon supervised loading foremen who typically rushed customers through paperwork, causing them to sign blank or incomplete documents.

After the customers’ belongings were packed, Hayon and his co-conspirators fraudulently inflated the bills by adding phony fees for packing services and supplies.  These hidden charges often doubled or tripled the original prices quoted by Hayon and his cohorts.  Defrauded customers who refused to pay the increased fees were threatened with their belongings being placed in storage and incurring additional fees.  Customers were also often required to pay in cash, which was diverted and not reported to taxing authorities.  Instead the cash was used to pay workers under-the-table and to fund the luxurious lifestyles of Hayon and his wife Adii Therese Karter.

Hayon was born in Israel and was last known to be residing in San Jose, California.