The latest general information on the Coronavirus Disease 2019 (COVID-19) is available on Coronavirus.gov. 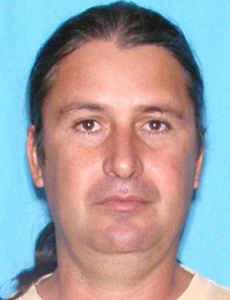 The flight from justice for Ricardo Amador Ballesteros Garcia ended on May 29, 2015, when he was apprehended at his Miami Beach condominium after a tip alerted law enforcement to his presence.  Federal Agents transported Ballesteros to the Federal Detention Center in Miami.

On May 3, 2012, Ballesteros Garcia, a native of Cuba, also known as Alejandro Alvarez Abreu, was indicted on charges of operating an aircraft without a valid FAA airman certificate, and with making false statements to several law enforcement and government officials as to his true identity.  He was also charged with conspiracy and bank fraud in an unrelated large-scale mortgage fraud scheme.

This investigation revealed through fingerprint and photographic analysis that Alvarez Abreu is a fraudulent identity of Ballesteros Garcia.

We are working this investigation jointly with Homeland Security Investigations.