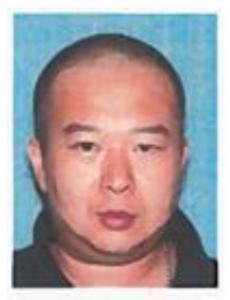 Wanted For:
Fraudulent Operation of Commercial Bus Companies
Charges:
Mail Fraud, Wire Fraud, Conspiracy
DOB:
09.09.1975
Age:
45
Height:
5’9”
Weight:
185 lbs.
Aliases:
Leo
NCIC No:
W795786958
FBI No:
600726DD7
Miscellaneous Info:
Black Hair; Brown Eyes
To Lee, a.k.a. “Leo”, is being sought by the USDOT Office of Inspector General related to a scheme to fraudulently operate several commercial bus companies. In February 2016, Lee, along with 13 others, was indicted on charges of mail and wire fraud, and conspiracy to defraud the Federal Motor Carrier Safety Administration (FMCSA). The government also seeks the forfeiture of assets totaling $7.7 million in the event of a conviction. It is alleged that Lee and his co-conspirators formed, controlled, managed, and operated various bus companies and routinely falsified FMCSA documents to conceal who operated the companies and that they operated unsafe buses.
Lee and his co-conspirators operated numerous suspect bus companies including All-State Travel Bus, Asia Tours, Apex Bus, New Egg Bus, and Universe Bus. Lee was a manager, driver and assisted in running the day-to-day operations of these bus companies. He is also the owner of www.NYCityBus.com, a site which provided revenue to Apex Bus and other bus carriers through ticket sales. He has also been associated as the manager of A-One Bus Inc. sharing the same address as Universe Bus, and as the safety manager for DCVA Beach Express, Inc., sharing the same address as Asia Tours.
The defendants allegedly incorporated their companies in Pennsylvania and falsely represented that they were headquartered in Pennsylvania, and that they maintained and garaged the buses in Pennsylvania, when in fact, they operated out of New York City. The indictment also alleged that the false documents enabled the defendants to obtain operating authority along with licenses and stickers and other authority indicating that the buses met Federal and State safety standards.
Lee and his co-conspirators allegedly falsified documents related to bus safety, maintenance, and driver qualifications to impede FMCSA inspections and reviews. The indictment alleged that they submitted false documents indicating that the suspect companies had driver safety and training programs in place when, in fact, they had not. Also, they allegedly submitted false documents and records related to accident registers, driver qualifications, hours of service, vehicle safety inspections, repair, and maintenance. They also falsified FMCSA regulated documents related to required drug and alcohol programs and their previous company affiliations and associations.
Lee was born in China, lived in Union, NJ, and is believed to have returned to China.
Note: Indictments, informations, and criminal complaints are only accusations by the Government. All defendants are presumed innocent unless and until proven guilty.
-A A +A