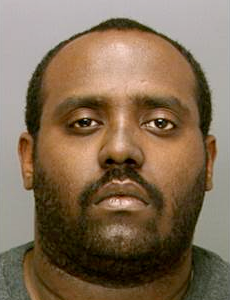 Jovan Balknight’s flight from justice ended in Philadelphia, PA at 4:30 p.m. on April 1, 2014 after almost two years on the run.  Balknight had been constantly moving around, staying wherever he could for short periods, and most recently had been living on the streets of Philadelphia.  Under pressure from being on the run, Balknight entered the Federal Courthouse in Philadelphia and told Court Security Officers in the lobby that he wanted to turn himself in.  U.S. Marshals responded and discovered that Balknight was wanted by the Department of Transportation Office of Inspector General and the State of Texas.  Balknight was then taken into custody by the Philadelphia Police pending his extradition back to Houston, Texas to face charges for his alleged involvement in a household goods moving fraud scheme.

In July 2012, Balknight and two accomplices were indicted by a grand jury in Harris County Texas on charges that they lured moving customers using extremely low moving estimates.  Allegedly, after taking possession of the customers' household goods, the price was significantly increased and delivery of their belongings was withheld until the customers paid the fraudulently inflated price.  Customers were also allegedly threatened that if they refused to pay, their household goods would be auctioned.

This investigation is being conducted jointly with the Houston and Austin Police Departments, with assistance from the Federal Motor Carrier Safety Administration.  The case was prosecuted by the Harris County District Attorney's Office, Houston, TX.