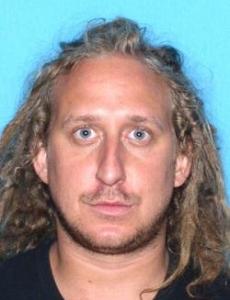 Amit Ezyoni
On September 18, 2018, DOT-OIG fugitive Eli Kaupp was arrested by Federal agents at the San Francisco International Airport. Kaupp was on his way to Mexico. In December 2007, Kaupp and 13 others were indicted on charges of conspiracy and extortion.
Kaupp was a driver for AY Transport, Inc., a.k.a. Progressive Van Lines and Midwest Relocation Services, a California-based moving company. According to court documents, between April 2001 and October 2005, Kaupp’s co-conspirators solicited business for AY Transport by offering artificially low moving estimates to over 1,000 customers. Kaupp and other AY drivers typically rushed customers through the paperwork, causing them to sign blank or incomplete bills of lading and other documents. Once a customer’s goods were loaded on the truck, Kaupp would inflate the total price. Specifically, he fraudulently claimed that the goods weighed more than originally estimated and/or overcharged the customer for packing materials. The new, inflated price was often multiple times the amount of AY Transport’s initial estimate.
Like his co-conspirators, Kaupp would demand full payment of the inflated price before AY Transport delivered customers’ property. He ignored people’s repeated complaints about the inflated price, and when they refused to pay, he and his co-conspirators would warehouse the goods and refuse to divulge their location.
-A A +A