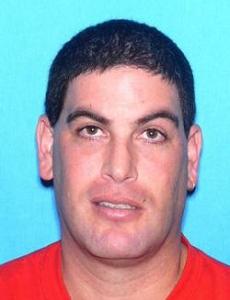 In December of 2007, Amit Ezyoni, along with 13 others, was indicted on charges of conspiracy and extortion.  Investigators believe that Ezyoni and his co‐conspirators lured over 1,000 customers with artificially low moving estimates, and then extorted them by holding their household goods hostage until they paid fraudulently inflated prices.

Ezyoni was the owner and chief executive officer of AY Transport, Inc., a/k/a Progressive Van Lines a/k/a Midwest Relocation Services, a California-based moving company.  As owner and CEO Ezyoni ran the day-to-day operations of AY.  According to court documents, between April 2001 to October 2005, Ezyoni and his co-conspirators solicited business for AY Transport by offering artificially low estimates for moving prices. Under Ezyoni’s direction, AY drivers typically rushed customers through the AY paperwork, causing them to sign blank or incomplete bills of lading and other documents.  Once the customers' goods had been loaded, Ezyoni and his co-conspirators would inflate the total price of the move by fraudulently claiming that the customers' goods weighed more than had been originally estimated and/or by overcharging the customers for packing materials.  This new, inflated price was often multiple times the initial estimate provided to the customer by AY.

Ezyoni was born in Israel and was last known to be residing in Boca Raton, Florida.

EZYONI IS CONSIDERED ARMED AND DANGEROUS.  DO NOT CONFRONT OR ATTEMPT TO APPREHEND.  CONTACT USDOT-OIG OR LOCAL AUTHORITIES.