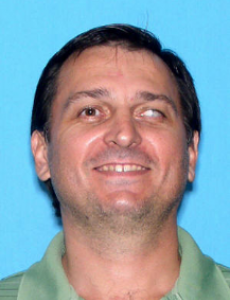 On February 16, Adrian Salari was apprehended by Federal agents at Miami International Airport after a tip alerted law enforcement that he was flying into the United States from Moscow, Russia.

In August 2015, Salari, along with Ellariy Medvednik and Natalia Dontsova, were charged in U.S. District Court, Orlando, FL, with conspiracy to unlawfully produce hundreds of fraudulent Florida driver licenses and commercial drivers’ licenses (CDL). Medvednik and Dontsova pleaded guilty to conspiracy charges in 2015. In January 2016, Medvednik was sentenced to one year in prison and a $30,000 fine, and in December 2015, Dontsova was sentenced to 10 months in prison.

DOT-OIG began its investigation after the Florida Highway Patrol and the Orange County Florida Tax Collector’s Office discovered several hundred people applying for CDLs using the same residential address in Seminole County. This address is registered as the principal place of business for Larex Incorporated (Larex), a trucking school owned and operated by Medvednik.

According to court documents, Larex marketed itself towards speakers of the Russian language and charged students approximately $1,800 to $2,800 for services in obtaining a Florida CDL. Salari and others helped students cheat on the CDL written exam by utilizing covert communications to supply answers to the students while they were taking the tests. They also knowingly provided false certifications and other documents to students to satisfy Florida CDL residency requirements. Additionally, Larex arranged for students to complete the basic control skills and road test utilizing the same third party CDL testing contractor. In all, the conspirators made it possible for at least 400 students to obtain fraudulent Florida CDLs.