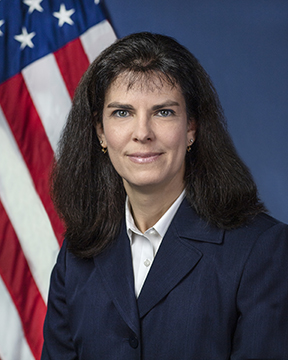 Ms. Chawaga began her career as a special agent with the Air Force Office of Special Investigations after graduating from Saint Joseph's University. She worked criminal, fraud, and counterintelligence investigations at Bolling Air Force Base (AFB), Washington, DC, and Wright-Patterson AFB, Dayton, OH.

In 2001, she moved to the Fraud Detection Office within Investigations Division of the Department of Justice (DOJ) Office of Inspector General, where she looked into criminal and administrative fraud related to departmental contracts, grants, programs, and operations. She was promoted to Assistant Special Agent-in-Charge of the Fraud Detection Office in June 2003 and to Special Agent-in-Charge of that office in March 2008. In 2016, she became the Deputy Assistant Inspector General for DOJ’s Investigations Division. In that role, she oversaw annual operating expenditures of approximately $30 million and managed approximately 160 investigative agents and support specialists around the country.

Ms. Chawaga holds a B.S. in criminal justice with a minor in business from Saint Joseph’s University, and a M.S. in administration from Central Michigan University. Her contributions have been recognized with multiple awards from the offices of inspector general at the Air Force and DOJ. 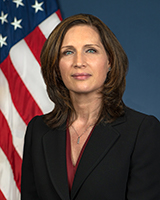 As Deputy Assistant Inspector General for Investigations, Ms. Ocampo supervises the day-to-day investigative activities performed by DOT OIG staff at Headquarters and in our Regional Offices. Nationwide, DOT OIG’s special agents and other investigative staff conduct investigations into and analysis of DOT programs and operations; at Headquarters, this work includes management of the Hotline Complaint Center.

Ms. Ocampo began her law enforcement career as a Special Agent with the U.S. Air Force, Office of Special Investigations (AFOSI), where she worked a variety of criminal and civil investigations. After the September 11, 2001, attacks, she turned her attention to counterintelligence and counterterrorism and supported high-risk deployment operations.

Separating from Air Force active duty, Ms. Ocampo became a Supervisory Special Agent and then the Director of Operations for AFOSI’s Region 4 in San Antonio, TX. In this role, she oversaw all investigations related to general crimes, fraud, and counterintelligence for 14 offices across 8 states.

Ms. Ocampo moved to the Defense Criminal Investigative Service in Alexandria, VA, a division of the U.S. Department of Defense (DoD) Office of Inspector General in 2008. She served in a variety of roles, including Desk Officer, Financial Crimes Program Manager, and Communications and Analysis Program Director. She provided support and oversight for Federal fraud investigations around the world and also ensured the integrity and reliability of the agency’s reports to DoD, the Department of Justice, Congress, the media, and the general public.

Ms. Ocampo holds a B.S. in Political Science from the U.S. Air Force Academy, and an M.A. in Public Policy Management from Georgetown University. Her contributions have been recognized with multiple awards from the Offices of Inspector General at the Air Force, DoD, and DOT.